In a quest to capture market share from Apple Inc.'s iPad., Google Inc., is now trying trying to get into the tablet computers market.
Other Facts which have motivated Google's Tablet move
Google Tablet's Possible Features, Specification & Details 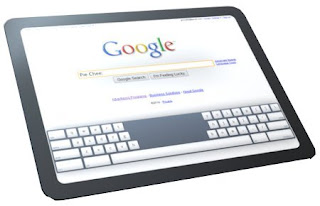