A British woman, who had a sex change surgery, has become the country's first and world's third "male mother". 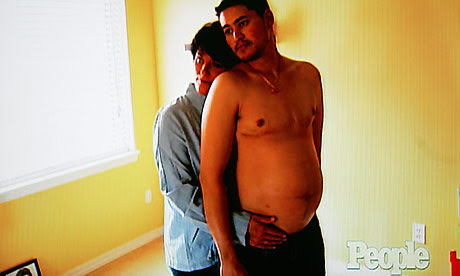