READ THE SIMPLE FACTS ON SOPA & PIPA BELOW.
CONTRIBUTE TO A FREE & FLOURISHING WEB BY SHARING THIS INFORMATION & RAISING VOICE AGAINST SOPA 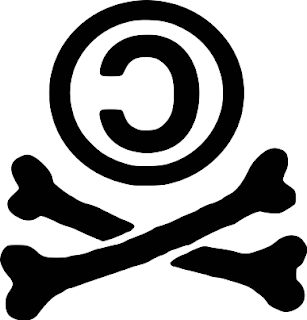 Media companies, which are always looking for new ways to fight piracy, have already suing individual users, getting Internet service providers to take action against subscribers, and are already working with the U.S. government to shut down domains based in the United States. However among all this, none of those actions can stop overseas websites such as The Pirate Bay and MegaUpload from infringing copyrights, or prevent Internet users from accessing those sites. Thats where Stop Online Piracy Act (SOPA) and the Protect IP Act (PIPA) come into play.
The Big SOPA Implication
The biggest implication of SOPA is the ability of intellectual property owners (read: movie studios and record labels) to effectively pull the plug on foreign sites against whom they have a copyright claim. If Warner Bros., for example, says that a site in Italy is torrenting a copy of The Dark Knight, the studio could demand that Google remove that site from its search results, that PayPal no longer accept payments to or from that site, that ad services pull all ads and finances from it, and—most dangerously—that the site's ISP prevent people from even going there.
Below: A video explaination of SOPA

Arguments against SOPA & PIPA
The most galling thing about SOPA in its original construction is that it let IP owners take these actions without a single court appearance or judicial sign-off. All it required was a single letter claiming a "good faith belief" that the target site has infringed on its content. Once Google or PayPal or whoever received the quarantine notice, they would have five days to either abide or to challenge the claim in court. Rights holders still have the power to request that kind of blockade, but in the most recent version of the bill the five day window has softened, and companies now would need the court's permission.
Arguments in favour of SOPA & PIPA
SOPA and PIPA Supporters / Opponents
What next with SOPA & PIPA