Some Awesome & Interesting Facts about the New Year's Eve & Celebration 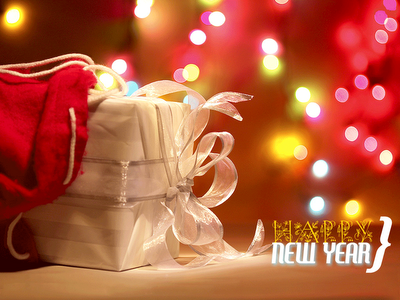 "Wish I was older like wine, so that with every new year's eve you'd consume me with more love and more passion than ever. "
"The countdown begins, its the right time to refresh your mind,heart and soul and have a fresh start where your each word,each thought and each feeling is so true that even god cant help out crying !!!!! have a happy new year guys.."
"The day I longed for Across the year - To welcome days Be happy together... "
"Among the Great and Glorious Gifts our Heavenly Father gives us, is the Gift of Understanding We found in Loving Friends!HAPPY NEW YEAR!!!!!!!"
"As we bid adieu to 2011, we should bid adieu to the loads of tensions that we carry in our head. Whenever life closes one door that we thought was ideal, it opens another one that is even better – just that we realize it a bit later. Offload the words ‘mistakes’ from your life and replace it with ‘opportunities’ – learn from day to day things in life but ensure you are always progressing. Wishing 2012 opens million such doors for you "
"The Valentine's day is on 14th February. And, please bear with me if I am sounding selfish. God, please make every second of my life a valentine second this new year. Amen!"
"years are passing away,every thing and every body is changing even me too but not my friendship with u so my dear friend i want to continue the same relation till the end. so my dear friends enjoy this new year by welcoming new thoughts in our minds .happy new year to all."

An optimist stays up until midnight to see the new year in.  A pessimist stays up to make sure the old year leaves.  ~Bill Vaughan

Many people look forward to the new year for a new start on old habits.  ~Author Unknown

A New Year’s resolution is something that goes in one year and out the other.  ~Author Unknown

Be always at war with your vices, at peace with your neighbors, and let each new year find you a better man.  ~Benjamin Franklin

No one ever regarded the First of January with indifference.  It is that from which all date their time, and count upon what is left.  It is the nativity of our common Adam.  ~Charles Lamb

Year’s end is neither an end nor a beginning but a going on, with all the wisdom that experience can instill in us.  ~Hal Borland

The merry year is born
Like the bright berry from the naked thorn.
~Hartley Coleridge

New Year’s eve is like every other night; there is no pause in the march of the universe, no breathless moment of silence among created things that the passage of another twelve months may be noted; and yet no man has quite the same thoughts this evening that come with the coming of darkness on other nights.  ~Hamilton Wright Mabie

The Old Year has gone.  Let the dead past bury its own dead.  The New Year has taken possession of the clock of time.  All hail the duties and possibilities of the coming twelve months!  ~Edward Payson Powell

Cheers to a new year and another chance for us to get it right.  ~Oprah Winfrey

The proper behavior all through the holiday season is to be drunk.  This drunkenness culminates on New Year’s Eve, when you get so drunk you kiss the person you’re married to.  ~P.J. O’Rourke

Every man should be born again on the first day of January.  Start with a fresh page.  Take up one hole more in the buckle if necessary, or let down one, according to circumstances; but on the first of January let every man gird himself once more, with his face to the front, and take no interest in the things that were and are past.  ~Henry Ward Beecher

New Year’s Day:  Now is the accepted time to make your regular annual good resolutions.  Next week you can begin paving hell with them as usual.  ~Mark Twain

The new year begins in a snow-storm of white vows.  ~George William Curtis

We will open the book.  Its pages are blank.  We are going to put words on them ourselves.  The book is called Opportunity and its first chapter is New Year’s Day.  ~Edith Lovejoy Pierce

Yesterday, everybody smoked his last cigar, took his last drink and swore his last oath.  Today, we are a pious and exemplary community.  Thirty days from now, we shall have cast our reformation to the winds and gone to cutting our ancient shortcomings considerably shorter than ever.  ~Mark Twain

And ye, who have met with Adversity’s blast,
And been bow’d to the earth by its fury;
To whom the Twelve Months, that have recently pass’d
Were as harsh as a prejudiced jury -
Still, fill to the Future! and join in our chime,
The regrets of remembrance to cozen,
And having obtained a New Trial of Time,
Shout in hopes of a kindlier dozen.
~Thomas Hood

Drop the last year into the silent limbo of the past.  Let it go, for it was imperfect, and thank God that it can go.

Each age has deemed the new-born year
The fittest time for festal cheer.
~Walter Scott

Good resolutions are simply checks that men draw on a bank where they have no account.  ~Oscar Wilde

Glory to God in highest heaven,
Who unto man His Son hath given;
While angels sing with tender mirth,
A glad new year to all the earth.
~Martin Luther

A new oath holds pretty well; but… when it is become old, and frayed out, and damaged by a dozen annual retryings of its remains, it ceases to be serviceable; any little strain will snap it.  ~Mark Twain, speech in New York City, 31 March 1885

But can one still make resolutions when one is over forty?  I live according to twenty-year-old habits.  ~Andre Gide

When then is lost, as time is by,
we look upon the yearly wine
to see our substance in the lees.
Did tribe and purse most pleasing leave?
To look for clear and faithful sense,
that gives a bodied stance bouquet,
then see the vat at mirror’s face
and find in it, the yearly pace.
~E. Marshall, Vintner Epilogue (Happy Old Year)

I do think New Year’s resolutions can’t technically be expected to begin on New Year’s Day, don’t you?  Since, because it’s an extension of New Year’s Eve, smokers are already on a smoking roll and cannot be expected to stop abruptly on the stroke of midnight with so much nicotine in the system.  Also dieting on New Year’s Day isn’t a good idea as you can’t eat rationally but really need to be free to consume whatever is necessary, moment by moment, in order to ease your hangover.  I think it would be much more sensible if resolutions began generally on January the second.  ~Helen Fielding, Bridget Jones’s Diary

New Year’s Eve, where auld acquaintance be forgot.  Unless, of course, those tests come back positive.  ~Jay Leno

One resolution I have made, and try always to keep, is this:  To rise above the little things.  ~John Burroughs

Of all sound of all bells… most solemn and touching is the peal which rings out the Old Year.  ~Charles Lamb

A happy New Year! Grant that I
May bring no tear to any eye
When this New Year in time shall end
Let it be said I’ve played the friend,
Have lived and loved and labored here,
And made of it a happy year.
~Edgar Guest

It wouldn’t be New Year’s if I didn’t have regrets.  ~William Thomas

We spend January 1 walking through our lives, room by room, drawing up a list of work to be done, cracks to be patched.  Maybe this year, to balance the list, we ought to walk through the rooms of our lives… not looking for flaws, but for potential.  ~Ellen Goodman

May all your troubles last as long as your New Year’s resolutions.  ~Joey Adams

He who breaks a resolution is a weakling;
He who makes one is a fool.
~F.M. Knowles

The object of a New Year is not that we should have a new year.  It is that we should have a new soul and a new nose; new feet, a new backbone, new ears, and new eyes.  Unless a particular man made New Year resolutions, he would make no resolutions.  Unless a man starts afresh about things, he will certainly do nothing effective.  ~G.K. Chesterton

I think in terms of the day’s resolutions, not the year’s.  ~Henry Moore

Time has no divisions to mark its passage, there is never a thunder-storm or blare of trumpets to announce the beginning of a new month or year.  Even when a new century begins it is only we mortals who ring bells and fire off pistols.  ~Thomas Mann

I made no resolutions for the New Year.  The habit of making plans, of criticizing, sanctioning and molding my life, is too much of a daily event for me.  ~Anaïs Nin

Why won’t they let a year die without bringing in a new one on the instant, can’t they use birth control on time?  I want an interregnum.  The stupid years patter on with unrelenting feet, never stopping - rising to little monotonous peaks in our imaginations at festivals like New Year’s and Easter and Christmas - But, goodness, why need they do it?  ~John Dos Passos, 1917

New Year’s is a harmless annual institution, of no particular use to anybody save as a scapegoat for promiscuous drunks, and friendly calls and humbug resolutions.  ~Mark Twain

Every man regards his own life as the New Year’s Eve of time.  ~Jean Paul Richter

The only way to spend New Year’s Eve is either quietly with friends or in a brothel.  Otherwise when the evening ends and people pair off, someone is bound to be left in tears.  ~W.H. Auden