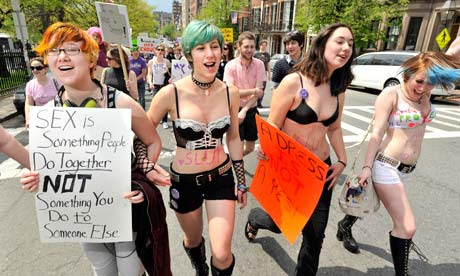 SlutWalk is said to be one of the biggest feminist events in recent times, on the scale of the ‘bra burning’ demonstrations of late 1960s and ‘Take back the night’ marches of late 1970s. On April 11, 2011, women in Toronto marched in the first ever SlutWalk in protest against the utterances of a policeman who asked women not to dress like sluts. The marchers sought to redeem the word slut as well as resist being slut-shamed. Though the marchers were told to sport their everyday attire, some of them turned up dressed like sluts, giving the protest a literal connotation. Since then, SlutWalks have been held across the world.
The SlutWalk in Delhi saw participation from all walks of life to allow women their freedom
More Slutwalk Photos 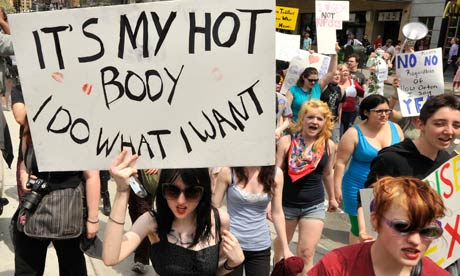