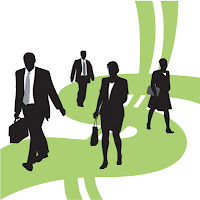 What New Age Employees Want ?
If Cisco's recent survey is to be considered your young employee checklist could include the following: Make sure she can tweet or update Facebook while on the clock, Let her get work email on whatever device she wants, Allow her to work from home on her own schedule, even though she’s unlikely to really think it makes her more productive, an increasing number of your employees don’t think they need to be in the office either.
Cisco recently surveyed 2,800 college students and young professionals worldwide.