According to a recent report from Goldman Sachs, LinkedIn in continuing to consolidate its position and the market is quite optimistic about organizaton's future. Here are some of the highlights of the report:

[ Updated Feb 2012]
LinkedIn has announced it has 150 million members in its network, a 20 million increase over November 2011
Following is an infographic which sheds a light on LinkedIn users demographics, location & preferences from Zoomsphere: 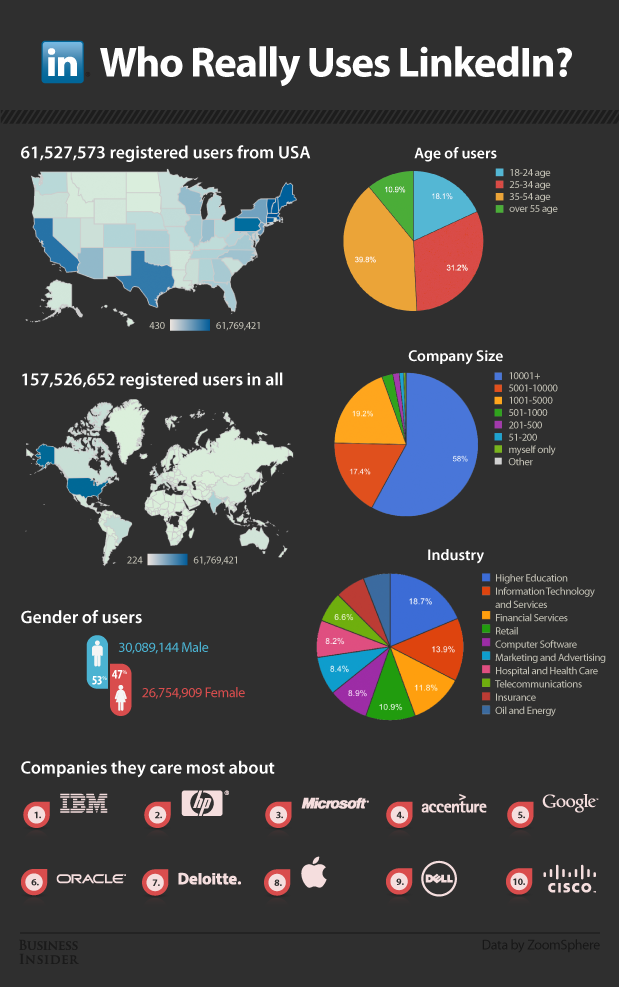 [Earlier ]
As per the latest infographic shown below