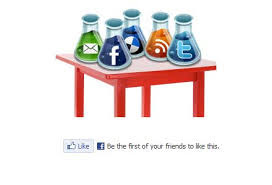 BrightEdge, an enterprise SEO platform, examined the 10,000 top ranked sites on the web to see what social elements were present on the home page. The study looked for standard links to Twitter, Facebook, and other social profiles, as well as buttons or plugins provided by the social sites. The data was pulled using the "inaugural version of our SocialShare Site Analysis," as specified by BrightEdge's CEO Jim Yu on the post announcing the findings. A study from BrightEdge examining the prevalence of social plugins on the home pages of major sites shows that