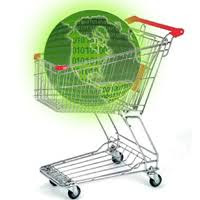 There was a time (not long ago) when every new internet company in India started a social network of its own. Things have changed since. Today every one wants to be in e-commerce - more specifically - deals. Reliance’s Bigadda.com offers a perfect example.

Growth drivers of digital space seem to e-commerce, gaming and video on demand (VOD). BigAdda.com already have a strong presence in gaming with Zapak and VOD with Bigflix.com. With this transition they plan to cover this third growth driver as well.

The ecommerce market in India