At 1.32am on Saturday 30 July, A Caribbean Airlines aircraft (Boeing 737-800), operating as flight # BW523, en route from Port of Spain, Trinidad to Georgetown, Guyana was involved in an incident upon landing at the Cheddi Jagan International Airport in Guyana. 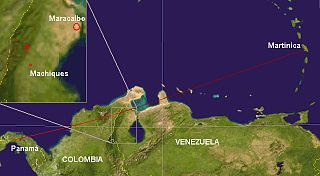