The Most Popular Social Media Platforms 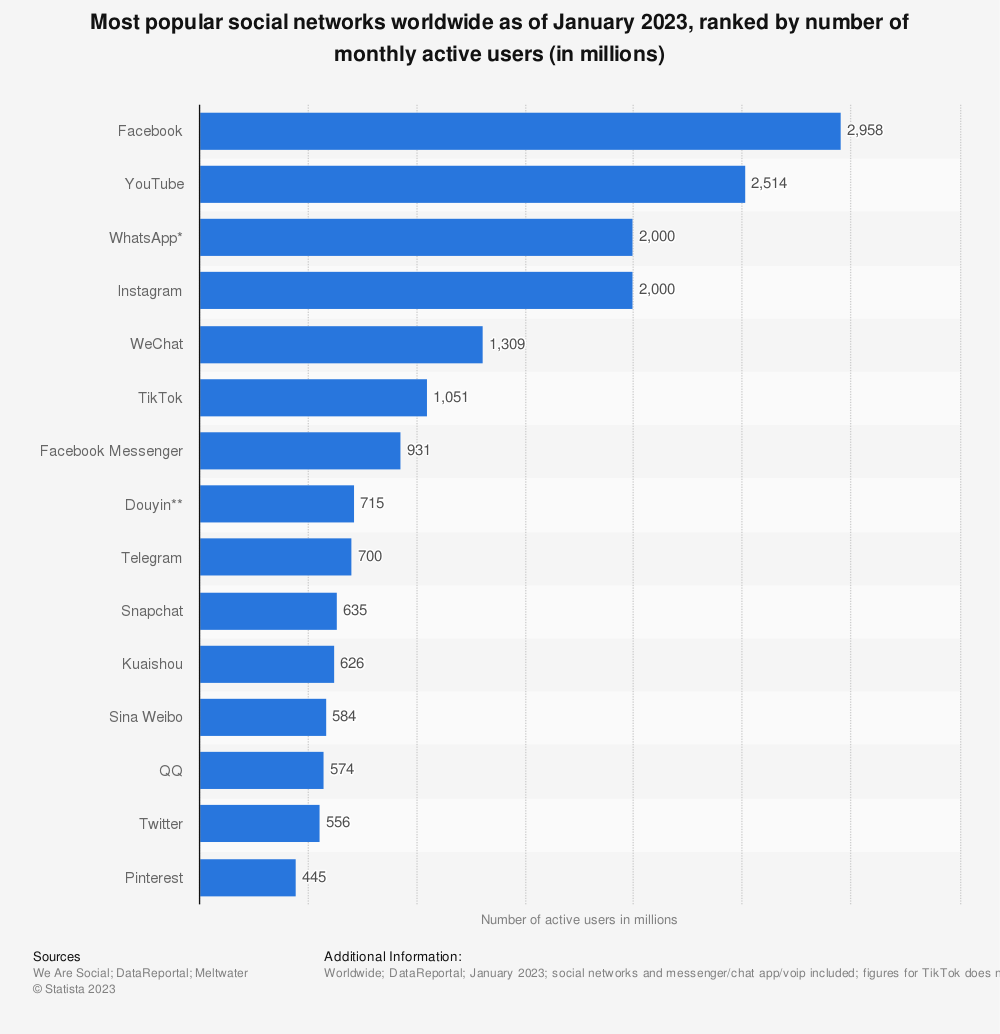 Statista recently shared these latest statistics on the most popular social networks worldwide as of January 2015, ranked by number of active accounts. While Facebook is clear favorite world over, the the Chinese might (QQ and QZone) as well as the mobile app adoption (Whatsapp, WeChat) clearly overshadows the rest.

The majority of social networks with more than 100 million users originated in the United States, but European services like VK or Chinese social networks Qzone and Renren have also garnered mainstream appeal in their areas due to local context and content.
Email Post
Labels: tech