New data from social media analytics firm Sysomos shows country-wise distribution of twitter users. It also shows that Twitter is growing fast in popularity outside the US globally.

Whereas in June of last year the U.S. accounted for 62 percent of all active Twitter users, that number has fallen to 50 percent. Significant growth in countries like Germany, Brazil and Indonesia has contributed to Twitter’s burgeoning international user share over the past six months.

Brazil’s growth from 2 percent to 8.8 percent puts it in second place behind the United States for active Twitter users. The UK is close behind at 7.2 percent. Drilling down into users by city, London, Los Angeles, Sao Paulo, New York City and Chicago make up the top five in terms of unique users, but New York contributes the most total tweets at 2.37 percent. The data above was compiled from a study of more than 13 million unique Twitter accounts active between October 16 and December 16, 2009.

Here's a table showing unique Twitter users around the world during the
period from Oct. 16, 2009 to Dec. 16, 2009. We explored 13 million
unique Twitter accounts that demonstrated tweeting activity in that
period. 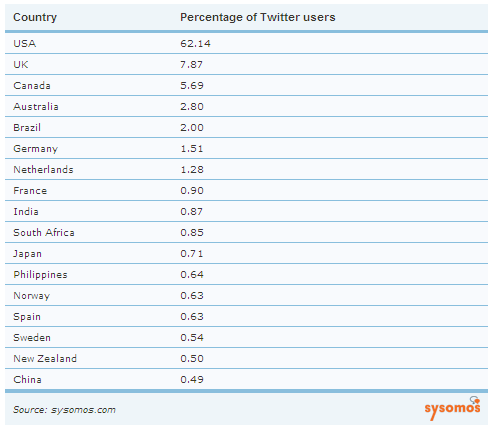 The geographical break-down based on the total number of tweets to determine if there were any differences between the two: 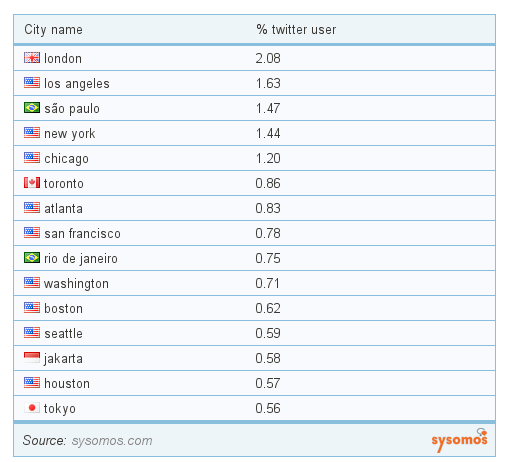 The table below shows top cities by the number of tweets coming from that city.: 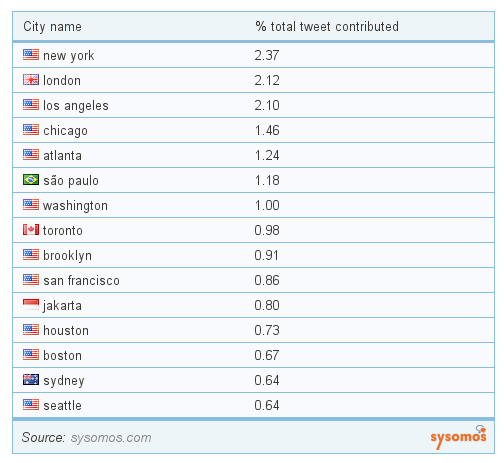